Myths and Misunderstandings about Mental Health 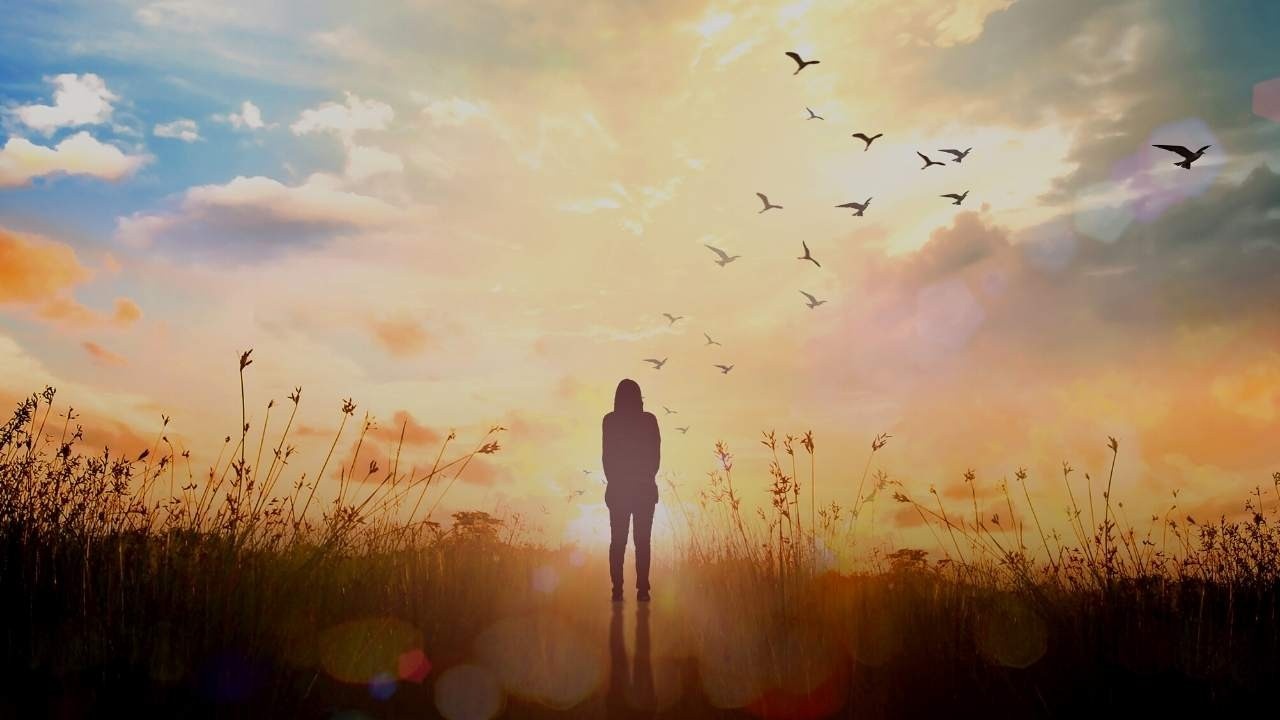 Mental health problems are a growing public health concern. It has become a topic of great interest with better discourse and coverage in the media in recent times. It is encouraging to see individual and community initiatives to break the silence and stigma around this subject.

But, can we be hopeful that good mental health can be experienced and enjoyed by everyone?

As a newly qualified doctor, I developed an interest in mental health in the late 90s. I wanted to connect with people and alleviate their psychological suffering. So, alongside my studies and training in psychiatry, I got drawn into the world of personal development and self-help.

I was looking for better answers to the common existential question — what's the best way to avoid psychological pain and suffering.

It felt as if something quite fundamental was missing in my training to understand and treat psychological issues.

To be honest, at the time, I saw most of my patients as broken given their prolonged ill-health, lifestyle issues and their inability to function independently. After all, I thought, they all had significant mental illnesses and had been unwell for a long time despite receiving evidence-based treatments of the time.

Then, quite by serendipity, I came across the understanding of Innate Health and Resilience (The Three Principles, as described by Sydney Banks). During a coaching session based on this understanding, I had a fresh insight that gradually transformed my practice of psychiatry and how I would subsequently see people with issues of the mind.

I came to the realisation that I had been trying to fix something for my patients that wasn't even broken in the first place.

Did you know — the term 'psychiatry' was coined by Johann Christian Reil, a German physician and translated to – the medical treatment of the soul. That's certainly a tall order, but worth bearing in mind.

#1: Mental illness is the absence of mental health.

One of the common myths is that people with mental illness of any kind lack mental health, and those of us who are lucky enough not to have attracted a diagnosis of mental illness (yet!) are enjoying good mental health. The assumption is that our mental health is always changing and never constant.

What I refer to as innate is formless and hence spiritual. Some people call it a higher self, the infinite intelligence behind life, universal mind or our true nature.

Whether we consider ourselves spiritual or not, most of us are familiar with the feeling that there's more to life than what meets the eye. Similarly, there's more to mental health and resilience than traditional psychiatry or psychology can explain.

However, our mental health does seem to vary depending on our states of mind and level of understanding. It is impossible to experience a deeper level of peace and wellbeing all the time. At times we can be so overwhelmed and consumed by the distressing experiences that we stay in a lower state of mind for longer than we would like to.

However, what I see as innate mental health does not leave us, even transiently. It merely gets buried under the rubble of personal thoughts, beliefs, and personal experiences. Hence, even when people appear mentally ill, they are still perfectly mentally/psychologically healthy at their very core. They may not feel it, believe it or know it to be true.

#2: If you have a mental illness, you are psychologically broken and need to be fixed.

I was very fortunate to have worked with a wise and compassionate psychiatrist as my training supervisor. Once, he shared a story about a patient who'd told him: "I am schizophrenic", to which my supervisor responded, "I have come across a lot of people with a diagnosis of schizophrenia. However, I haven't met a single schizophrenic!"

Several years ago, I had the privilege of meeting another wise and accomplished psychiatrist, Dr Bill Pettit. He states with a degree of conviction:

“A diagnosis describes where you are, not who you are.”

A psychiatric or psychological diagnosis label can't be your real identity. It's only a headline banner encapsulating the symptoms/signs that come with various distressed mental states. When society understands that fact, more will realise that they are NOT their clinical labels and that recovery is indeed possible.

If we focus solely on the diagnosis and the symptoms of mental illness, we make the grave folly of attempting to 'fix the person' as if they are psychologically broken (the way I did early in my career!)

Of course, many people experience crises with symptoms of mental illness that may necessitate medical treatment for the relief of symptoms. However, if we can know that people can never be psychologically broken – that they were already whole at a fundamental level, we can hold real hope for them.

The next time you hear someone say they are personality-disordered, bipolar, manic-depressive, schizophrenic, alcoholic, addict and so on, notice if you can see beyond what they can see for themselves. Try and separate 'the label' from who the person truly is.

#3: Our past determines our present and future mental wellbeing.

Our past has power only to the extent that we believe it has. Once, while running a course, I met a lady who told me that she could never be well again as she had suffered abuse when young. She said she experienced regular flashbacks of traumatic memories.

I listened to her and said something in the lines of: "I'm truly sorry to hear your story. It must have been horrendous when it was happening. No one can say it (the abuse) didn't happen or that you shouldn't have flashbacks. However, you need to know that the abuse isn't happening now – it happened back then. Your flashbacks or memories of what had happened are thoughts at this moment conjured up by a powerful mind and consciousness. The past is over!"

She looked stunned, went quiet for a moment and said, "No one has ever said this to me before." She came back the next week and said our short conversation had helped. She said she had some flashbacks, but they weren't as intense or frightening. She realised that she didn't have to take her memories of the past seriously as they were her thoughts 'in disguise'. The lady thanked me, and we hugged!

At the time, I had only just come across the understanding of innate health and resilience. I had shared what little I knew, but even that short conversation gave this person a fresh perspective about her flashbacks and what they really were. Until then, she was held back by her belief that she could never be well.

Some of us have experienced traumatic experiences in the past. And, many of us have had a fair share of life events or losses that we didn't wish for. But, it's important to understand that the past is over – it's an illusion in the present.

The past isn't accurate at this moment, but it can seem very real. The future is also an illusion but we mistake it for real depending on the thoughts we may be paying attention to.

”The past doesn’t have to determine our present nor our future.”

I recall sitting in monthly case discussion meetings in my old job as a rehabilitation consultant psychiatrist in my old job. Almost every patient would be described as complex with many complex needs, most of which couldn't be addressed satisfactorily no matter how hard we tried. Finally, a senior member of the team would begin: "He (the person being discussed) is quite complex." We would then talk about someone else, and they would say, "This person is complex too".

Some days I would sit there thinking that if someone had examined my life, choices I had made, my personality, my ever-changing states of mind, my habits, they would describe me as complex too!

I want to make a point that when we think of someone as 'complex', we tend to over-think. We look for complex solutions.

We often lose sight of the simple things that can matter most when we do that.

Back then, I had a junior doctor who used to cook meals with a few of the lads in the rehab unit. They all used to look forward to it. A staff nurse who had years of experience practising yoga and dance would give individual lessons to whoever was interested.

I used to run laughter yoga (an adapted version) sessions for my patients and staff. They used to love it, to see their psychiatrist' acting silly' and being light-hearted. In those moments, there was no them and us. Instead, we all felt connected and shared some good feelings.

At the time of connection and light-heartedness, people's complex stories and our views of their stories seem irrelevant.

It's time to shift the focus from what's different for each of us to what's common and fundamental about the human experience.

#5: You need to master a strategy to be mentally healthy and stress-free.

Can you recall the last time you felt at ease without needing to master or practice a strategy?

Do you think you can honestly say, "I feel at peace" without resorting to 'doing something' to experience that state of mind?

I used to think that for me to feel peaceful and be stress-free, my life had to be going a certain way, or I had to practice a self-help strategy. But, unfortunately, I had fallen for another myth – that I always needed to DO something to be mentally healthy and at peace.

It's not uncommon for my clients to say, "I feel at peace for the first time in years" after they start gaining insights into their innate health and innate resilience.

However, it's usually a different story when they first come to see me – their state of mind can be anything but peaceful. There's usually a lot going on in their lives. They are affected by stress – from demands at work, difficulties in their relationships, issues with health or financial worries.

I've yet to come across anyone in my practice who hadn't tried their best to cope using means available to them at the time. But, despite using different tools and strategies, most don't seem to experience the peace of mind that they seek. Instead, all the trying can make them feel overwhelmed and sometimes worse.

What if we are already mentally healthy and free of stress at a deeper level?

What if, by trying hard to fix the way we feel, we only get in the way of our psychological system spontaneously healing and self-correcting?

This is feedback from a client of mine -

"Things have been very different for me since I learned about the Three Principles/ Inside Out (understanding). My thoughts flow in and out, and I don't take notice of them these days. I initially came to you really stressed about my job. At first, I was too scared to make a change, my thoughts were still in control.

"I wasn't ready, but after a while, I decided to just go with the flow and try something different, whatever happens, it is all life experience. What will be will be… I have learned that I could do anything and not be afraid or get lost in the thoughts of what might be. My family life is also so much better; I have a great relationship with my daughter now. Learning about innate health has definitely made me a better person. Life is good. Thank you so much, Rani."

Let us know what resonates with you.

Hopefully, this helps to challenge some of the myths and misunderstandings about mental health.

Not part of our email community yet? Subscribe to our newsletter to join.